How do you speed up the process to know where your music is being placed on Film and TV?

One of the frustrating things once you start getting your music into libraries and start getting placements is the amount of time that you have to wait to find out from your PRO (performing rights organization) via cue sheets from the production when and where your music was used.   It could take years to find out about placements that you had and most of the time the library can’t tell you what happened as they may not even know either until the cue sheet comes in.   Even if they do know they are pretty busy and usually don’t have the time to share the info of every placement. Obviously If you’re placing your music directly, that is an advantage once you know what you’re doing with the business side as it speeds up the process with more clarity, (Or more importantly they know that you know what you’re doing)  but until you have those connections then most of us start out by getting music into libraries  first.  Think of it as like having a business partner that you don’t have to pay upfront and all you have to do is split all or some of your publishing side of the music.  You should always retain 100% of your writers share.  If anyone besides a cowriter asks you for a piece of your writers share, don’t do it and run!  That is just offside in my opinion and I would never do it.

Some of the music library’s also split any upfront sync fees that get paid out as well which is also great .

Tunesat is a great little business and website that can detect in chosen territories when your music its placed real time.  What does this mean? Well for one it’s speeds up the process for you to know where your music is working out there in the world so you can make more of it and more importantly make more of it for those publishers/libraries that are really working and placing your music.  You also get the first 50 uploads of songs or Instrumentals free   .  This is a no brainer in my opinion and honestly it’s a good idea soon as you get your music approved to a library to upload your music Tunesat as well.  After the first 50 tracks the price definitely goes up quite a bit as well as if you want more than one territory as you will see on the website. Personally I just stick with 50 tracks and choose wisely. So friends if you’re starting to get your music placed in libraries then check out Tunesat and choose wisely.  The faster we find out about placements the better to really focus on what’s working out there.  Write on friends! 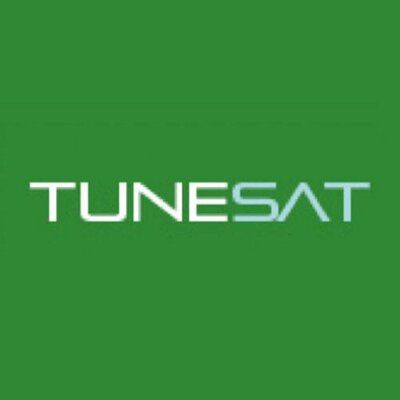 How to find music used on TV, Films and Games without watching or playing them

If you're anything like me and you don't love watching full episodes of every reality TV show or series on television or every single film that uses music, nor do you really have the time because you're busy writing music, then Tunefind will be a really helpful tool for you. You can go onto the site and search in TV shows, movies or games, by artist or even what's trending and just listen to the songs that have been used so you can produce your own music to get closer to what is being used in the industry. I remember one Christmas coming down with the flu and so I decided to watch every episode of Grey's Anatomy at the time till the end of January. There is a great advantage to watching the sync usages with the music and scene together, especially to pick up the emotion of the song and what the producer or music supervisor was going for, granted. Most of the time however you can find the scenes on Youtube with the songs nowadays without having to watch every episode (I am not really a fan of the show lol but I don't regret the time spent before I discovered Tunefind). So one thing we need to be aware of is our time. Tunefind will save a lot of that so you can put it into other places like making more music to put out there into the world. I hope you find Tunefind useful. Write on friends! 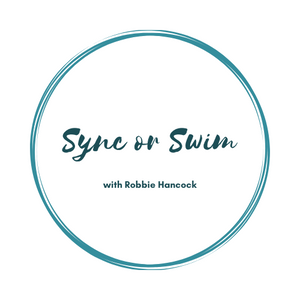 First of all what does sync mean as it pertains to the audio and video world?  - Sync (or synchronization) is a process where songs or instrumental cues are combined with moving images – film, TV series, adverts, video games, trailers etc. ... The sync license gives someone the permission to use your composition in a moving picture, subject to contract regulations.

Film and TV sync has been a thing for a very long time now, it's only more recently it has become a lot more prevalent in today's music industry. I remember the first time I really felt that songs made a real difference and emotional impact in a movie and that was in Top Gun.  From Kenny Loggins "Danger Zone" to Berlin's "Take My Breath Away", you can feel the emotions of the pilots going supersonic to the romantic story between Tom Cruise and Kelly Mcgillis.  Even to this day I still talk about and perform the song that came on in the background when Tom was talking about his parents in Kelly's backyard.  It was perfect and none other than Otis Redding "Sitting on the dock of the Bay".  My point is all of the emotional moments in the film are supported by great emotional songs and it was an incredible job done by the music supervisor Michael Dilbeck to be able to clear all that music with the record companies.  He told the perfect emotional story behind the dialogue of the scenes that made it so memorable.

These days you don't have to be a signed major artist to be able to get your music into TV or films, in fact music supervisors like to use a lot of the indie artists' music because it costs a lot less to license.  This gives people like you and me hope!  So does that mean if you've released an album that is Indie you're ready to go ahead and pitch it to Film and TV? Not necessarily…

There are a lot of things that music supervisors, producers and directors look for in songs that will work for TV shows and movies nowadays. For example, songs will support the dialogue and not get in the way. Universal lyrics will also help get your song through more doors when you are pitching. Meaning no dates, times places or names etc. If it's about a cowboy in Texas who loves his horse Bill, it's probably not going to work for a scene of a couple on the beach by the ocean.  Thinking like a Director or Producer of a show is key in helping you get more song placements to support what's going on in the scenes.  The best book on the market right now for universal lyrics and Film/TV songwriting in my opinion is Robin Frederick's book "Shortcuts To Songwriting For Film and TV" that you can buy on Amazon HERE.

Once you have your songs written with universal lyrics then it's time to work on the production, either learning those skills yourself like I did or hiring a producer that knows the contemporary film and television side of the music business.  Watching television and movies on places like Netflix or Amazon prime and listening and studying how songs and instrumentals are placed is the best way to get your music ready by listening to what has already been used, if you want to get your music placed.  There are a few things that I can pass on to watch out for when you are recording and producing your music for Film and TV. Make sure you have a short intro and get into your song vocal within a few seconds of it beginning and make sure your song has a button ending, so no long fades anymore.  Make sure that your song has natural sounding points where the editors can make a cut if they need to and use just a verse or chorus of your song or sometimes even your bridge.  Lastly, make sure when you mix the vocals they are not too far upfront in the mix so they sit nicely under dialogue.  It's also important to make sure that if you're using sample instruments that they are not dated sounding.  Do some research and invest in some current sample packages which you can get licenses for to use in your productions. Before you do that though, have a good look in your DAW (Digital Audio Workstation).  If you're a Logic user like me, all you need to get started are samples right from Logic.

You can also license your instrumental music as well (background track without your vocals) which you can send with your song so they always have them on hand for more possible placements.  Another part of the business too is actually writing instrumental cues which are different from instrumentals for songs.  Instrumental cues are usually about two minutes long and have an ABA or AAA format written for underscore.  The same rules apply with short intros button endings and edit points for these.

Lastly, it is really important to understand the music business side of the equation. If you don't understand what "one stop" means or "cleared both sides" then you could be setting yourself up for disaster if you're pitching your music directly and you are not informed. I always recommend speaking to a music lawyer when you receive your first contract to make sure that you know what everything means.  It's also a really good idea to start off by joining a music A&R pitching service like TAXI music, who can really help you understand many aspects of the music business that you may have not known about before especially when it pertains to film and television sync.  I've been a member of taxi for eight years now and highly recommend them, they have really helped me to make connections with music libraries and publishers and industry professionals that I would've been able to make myself otherwise, or at least would've taken a lot longer.  It is also a fantastic music business education with a great community of people to connect with along the way. If you have your own studio and you were able to record and turn your music around and broadcast quality within 30 days, or if you are working with a producer that can do the same, then it would be a good time to join TAXI. You can find out more about TAXI and sign up HERE

Now you're ready to pitch, there's a lot of competition out there but if you find a niche that really works for you you can develop a lot of long-standing trust relationships they can help you to earn money from your songs and instrumentals in film and television sync.

Thanks for taking time to read this blog and remember that doing one thing every day towards your music goals will get you there in no time. Till the next time, write on! 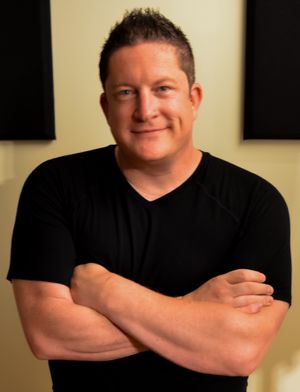